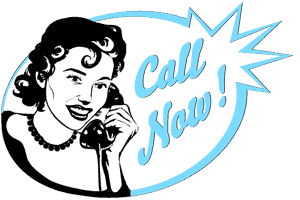 As spring approaches quickly and summer isn't too far off, tens of thousands of Dallas residents are contemplating A/C replacement.  The prospect of getting rid of that old, inefficient HVAC system and replacing it with a technologically advanced, high-efficiency new system is an idea that gets homeowners both excited and anxious.  And in fact this time of year is a great time to be proactive in replacing furnaces, coils, condensers and heat pump.  Truly "tis the season" to invest in your home's comfort and to also start saving serious money.  In this month's blog we wanted to dedicate a few minutes to what we at Classic Heating and Air think is the MOST important part of the air conditioning installation (sometimes repair) process, pulling proper vacuum. Pulling vacuum is the process of evacuating a refrigeration or air conditioning system (including refrigerant lines, coils, etc) of [...]

We had so many inquiries and response to our October blog about carbon monoxide we decided to write a follow-up to help customers further understand the infamous gas, where it comes from and how it can become a  potential in-home threat. Most metroplex homes utilize gas furnaces as their source for heat and put in simple terms a furnace is a controlled fire that when installed and operating properly is a very safe, efficient way to heat your Dallas, Plano or McKinney home.  In fact an author of HVAC operation manuals recently put it quite bluntly stating, "they do not make these things to catch fire, blow up or kill people."  However, if problems do develop you and your home's heating system system could be the victims of a carbon monoxide leak.  Here are the 5 most common problems we encounter here at Classic Heating [...]

Don’t Be Spooked By Carbon Monoxide

Remember the winter of 2010?  The Superbowl?  The ice? Rolling blackouts?  Well, El Niño is moving into North Texas again this year and some of those same staples of the famed weather pattern we saw in 2010 are predicted to invade us here in Dallas in 2012.  Accompanying the brief periods of frigid cold and winter precipitation is the increased use of your home's heating system; whether that be a Dallas furnace, a Frisco heat pump, or an Allen air handler.  In this month's Classic Blog we want to take a quick minute to look at the use of gas furnaces and the subsequent issue of Carbon Monoxide. In 2011 alone there were 208 recorded CO cases in Dallas and nearly all of those had working Carbon Monoxide Detectors!  The key to safe, efficient operation is ensuring proper exhaust ventilation, sufficient combustion air, and exact gas pressure to [...]

Celebrate But Remember This Memorial Day

As the entire United States of America recognizes today as a national holiday, let all of us remember what Memorial Day is truly all about.  Aside from the day off work, BBQ's and pool parties, Memorial Day is a time to honor and recognize the thousands of Americans who have served in keeping our great country "the land of the free and home of the brave".  Classic Heating and Air proudly takes time today to be thankful and to remember what Memorial Day means. As we stand here looking At the flags upon these graves Know these flags represent A few of the true American brave They fought for their Country As man has through all of time Except that these soldiers lying here Fought for your country and mine As we all are gathered here To pay them our respect Let's pass this word to others It's what they would expect I'm [...]

Fun in the Sun…But Be Careful

The month of May marks the beginning of summer for most North Texas residents and with that come pool parties, cook-outs, and extended time outdoors enjoying the bright sunshine.  However, being outdoors and exposed to the sun's UV rays can cause more than just a painful sunburn or a beautiful golden tan...the use of sunscreen is a must!!  Take a minute to read the article below to become informed, aware, and safe when choosing a sunscreen for you and your family.  Classic Heating and Air wishes you a great start to summer and safe endeavors in whatever fun you choose to partake in. https://health.msn.com/health-topics/skin-and-hair/articlepage.aspx?cp-documentid=100261774#scptmd If at any time relief from the heat cannot be found inside your home, give Classic Heating and Air a call for all your air conditioning maintenance, repair or installation. 214-310-2665 MAY TIP OF THE MONTH CONVERT YOUR AIR CONDITIONING SYSTEM TO R410a No ozone-depleteing chlorine Save money [...]

Happy Spring to all! The month of April here at Classic Heating and Air marks the beginning of a new blog series.  Our dedication and commitment to the Dallas metroplex extends far beyond just heating and air conditioning, thus over the next 5 months our Helpful Homeowner Hints will focus on personal health, home improvement, and family safety rather than HVAC issues.  Just click or copy/paste the link below and enjoy!  We hope you enjoy our short series and find the content to be helpful, interesting, and applicable to both you and your home. https://health.msn.com/health-topics/allergies/your-ultimate-allergy-survival-guide But of course as Spring turns to Summer and the mercury nears triple digits the only heating, air conditioning, or home comfort help you'll need can be found at Classic Heating and Air so call us anytime. 214-310-COOL (2665) APRIL TIP OF THE MONTH APPLY FERTILIZER NOW TO YOUR LAWN Take advantage of April rain Get a head [...]

The Ides of March

If you're not familiar with the Roman calendar or Julius Ceasar the term "the Ides of March" may mean nothing to you.  But as the 15th of March approaches Dallas it means one thing...hot temperatures are near and the air conditioning "conspiracy" will soon be upon us.  Yes fellow homeowners summer in Dallas means high energy bills, barely hanging on HVAC equipment, and worst of all thousands of heating and air conditioning contractors coming into our homes conspiring to make an quick, easy dollar (all the while not really fixing anything) or worse yet trying to upsell us on something we don't need (inevitably to build large ticket sales to increase their commission based paycheck).  Whether a small company with a single unlicensed/uninsured employee or a huge corporate outfit whose overhead would make Microsoft blush, the sad truth of such a large demand service industry [...]

“No Air Conditioner Left Behind…”

In January we told Dallas and the metroplex about some great ways Classic Heating and Air can help save energy and cut down your monthly bills in 2012.  As a followup here in February Classic wants to "leave no customer or air conditioner behind" and increase awareness on a large, looming issue for all DFW homeowners...NEW D.O.E. HVAC STANDARDS! Several months ago in October and November of 2011 the 111th Congress along with the U.S. Dept. of Energy proposed and approved legislature concerning residential HVAC appliances, including furnaces, heat pumps, and air conditioning units.  The bill sets a new standard for many States including Texas, which states " the seasonal energy efficiency ratio (SEER) of central air conditioners and central air conditioning heat pumps manufactured on or after January 1, 2015,  and installed in States having historical average annual, population weighted, heating degree days less than 5,000 (specifically the States of Alabama, Arizona, Arkansas, California, Delaware, Florida, Georgia, Hawaii, Kentucky, Louisiana, [...]

Roll Back the Clock… Roll Out the Savings

This weekend marks daylight savings across most of the Northwestern Hemisphere, and to Dallas it mostly means that beloved extra hour of sleep.  But it also means fall is turning to winter and cool daytime temperatures and frosty nights are the norm.  So as the cold weather creeps in, all Dallas homeowners who have electric heat should consider converting that old, inefficient air conditioning condenser to a bill saving, comfort making heat pump from Classic. WHY YOU ASK?? Because of Texas' mostly mild winters, above 40° F (aside from Super Bowl week).  Heat pumps allow you to keep your home at a desired temperature without racking up all those expensive kilowatt hours your current electric heater utilizes.  A heat pump system simply reverses the refrigeration cycle your air conditioning uses to warm rather than cool the air inside your home...all the while doing this up [...]

Repair or Replace?? That is the question

Wow, what a way to ring in May...40 degree temperatures and multiple inches of rain.  If you're like us at Classic Heating and Air you actually had to turn on your heat to keep your home comfortable the past few days.  Certainly there is some humor in how the way this month started, and with that, just as much certainty that in the coming days and weeks all of us will be cranking up the air conditioner here in Dallas, McKinney, and the surrounding metroplex.  But, hopefully by now you haven't had to contact your air conditioning contractor (other than for your Classic Clean/Check/Tune) because the hot stress period for Dallas air conditioning is yet to come.  With the countless 90-100 degree days on the horizon there is a good possibility that at some point you will have to search Google for you local ac repair [...]

Classic Heating and Air Rated 5.0 out of 5 stars based on 537 customer reviews

Reviews powered by Nearby Now

It’s toward the end of July in Texas and a snake gets into my air conditioning unit and shorts out the compressor. It’s hot. One call to Classic and in less than 5 hours my unit has been repaired and is cooling again. I recommend Classic HVAC and Ty Howell. Excellent company and people that values your business and understands customer service. They are 5 Stars in my book....

Ty was excelkent, he diagnosed the problem, had everything necessary to fix my problem and had my system up and running in record time!

I called Classic Air this morning for a warranty call on one of 3 units which they had installed. Despite the fact that it is extremely hot and I am sure they are extremely busy, they scheduled me for a warranty call this morning and fulfilled their service commitment. Ty arrived, with a mask😷, and provided excellent service as usual. I must confess that I was extremely concerned with the departure of Michael Quintero but Ty has proven to be qualified and capable as well.

Very happy with the quick timing and honesty of classic AC. Ty was experienced and helpful.

Get in touch to get an estimate, schedule service or get answers for peace of mind.